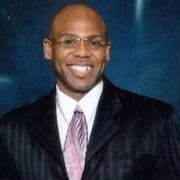 Higher ground ain’t always a physical place. Higher ground begins within your mind (& will). You have to mentally recognize where you are & where you’re headed. See, the prodigal son had it made while he was with his father. But one day, he thought he could do better on his own. He spent all he had in wild living. But when he “came to himself”, he was in a pig pin (a condition that was outside of his upbringing & destiny). Now, did he leave that pig pin in order to “get his head straight”? No! When his money was gone, his “friends left & him being in a pig pin, they were all part of his wake-up call. He had to humbled himself & go back to his father. Don’t beat yourself up if your situation looks like you’re going backwards. Use this moment to help you to “come to yourself”, repent, learn from your mistakes & go back to the Father. Thank God for the grace that God is extending to you. Remember, if the prodigal son’s father can receive & restore his son back into the royal family, our Heavenly Father can receive & restore you BACK into His royal family. #When you learn from your mistakes, it will help you to reach higher ground! Be blessed! #brotherprater
Brother Prater